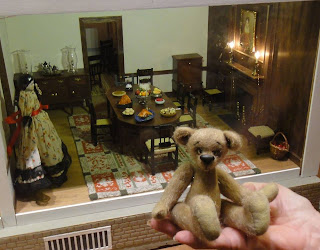 The replica (dollhouse) of Locust grove contains the exact same articles as once found in the house. Bucket takes a closer look at the rug which was commissioned and made by Dodie Claypool, Valerie's mother 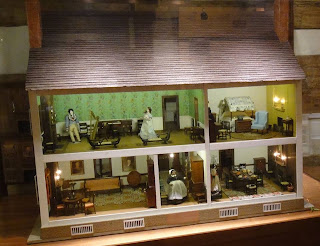 The big replica dollhouse is on display at the Locust Grove museum. You can peek in the back and see what life was like in the 1800's in Louisville, Kentucky 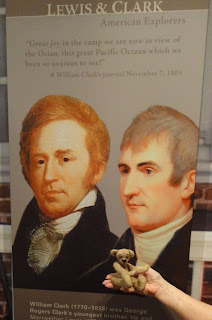 Do I resemble either of these famous explorers? 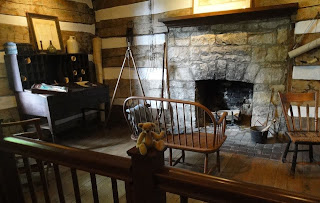 George Rogers Clark's office. Wish I could have met them and listened to their adventures. But, I'll find that trail and start my own adventure soon. I'm excited to be in a real log cabin too! 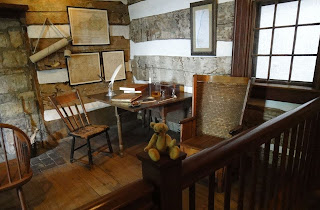 So this is where the expedition began, charting out the trails and gathering supplies. 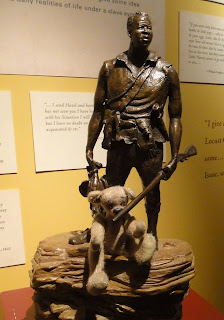 Old York, as he was called, was a slave in the Clark family who helped explore the west with Lewis and Clark. Yes in the old days I found out, that large plantations like the Locust Grove, had slaves who worked the land and kept the house running smoothly. In later years all slaves were freed. 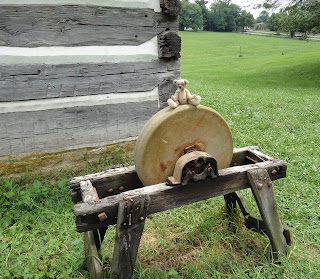 Sharping my wit? Or just hoping for a good spin with some sparks?