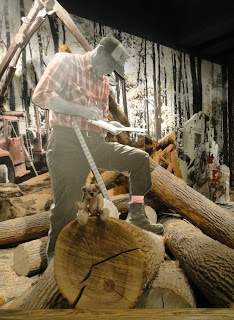 Timber! Maple and Oak trees come into the factory! 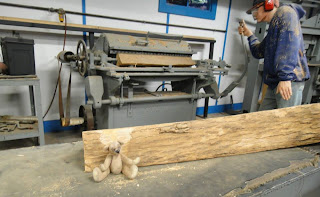 I better get out of here before the lathes start spinning 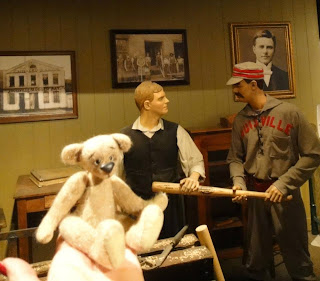 J. Frederick Hillerich emigrated with his family from Baden-Baden, Germany to Baltimore, Maryland in 1842. The Hillerichs moved to Louisville in 1856, where J. Fred started a woodworking shop. By 1864 "J.F. Hillerich, Job Turning" was in business and filled orders for everything from balusters to bedposts. Hillerich’s eldest son, John Andrew "Bud" Hillerich, was born in Louisville in 1866 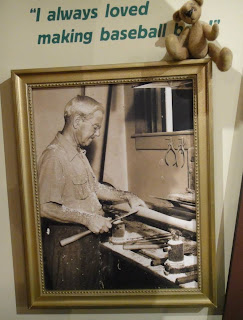 The craftsmen still use the same procedures as they did in the past to make bats; and they have some new machines too! 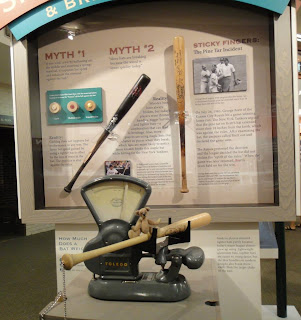 Bats are weighed - this one weighed more! Wonder why? 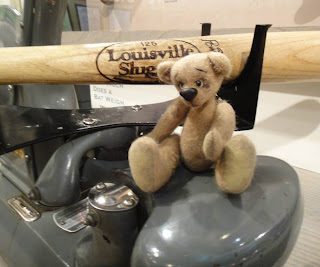 Louisville Slugger bats are used by 80% of the baseball players worldwide! 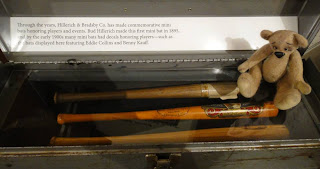 Vintage little bats. After the tour we all received a souvenir bat. 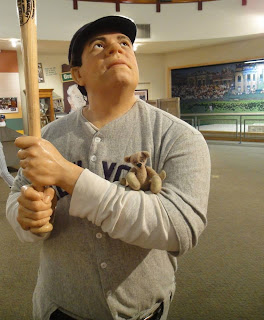 Babe Ruth and I had a few moments together, he did not tell me his secrets! 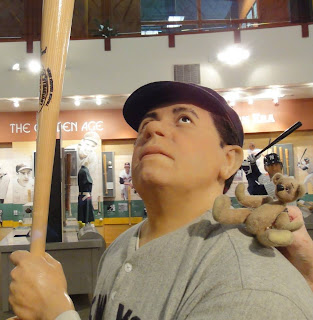 I think yellow balls are used for night games — 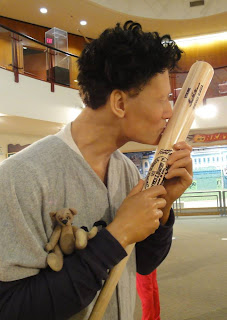 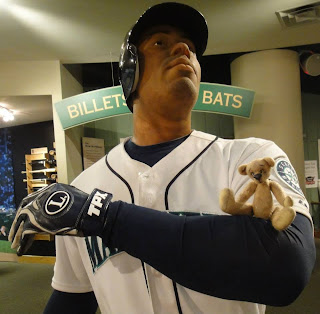 Ken was taking my advice....not! 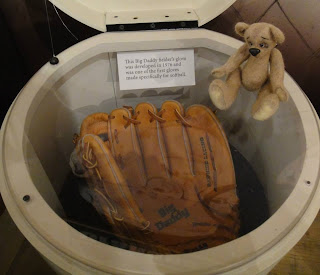 One of the largest gloves made...no it was not encapsulated in a toilet! It is a very special climate controlled vessel. 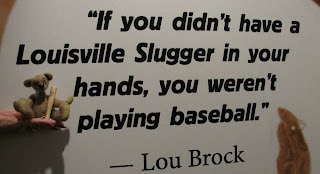 Summertime sport...and I even have my own little bat!
Posted by homeofthewhisperingforest at 23:36