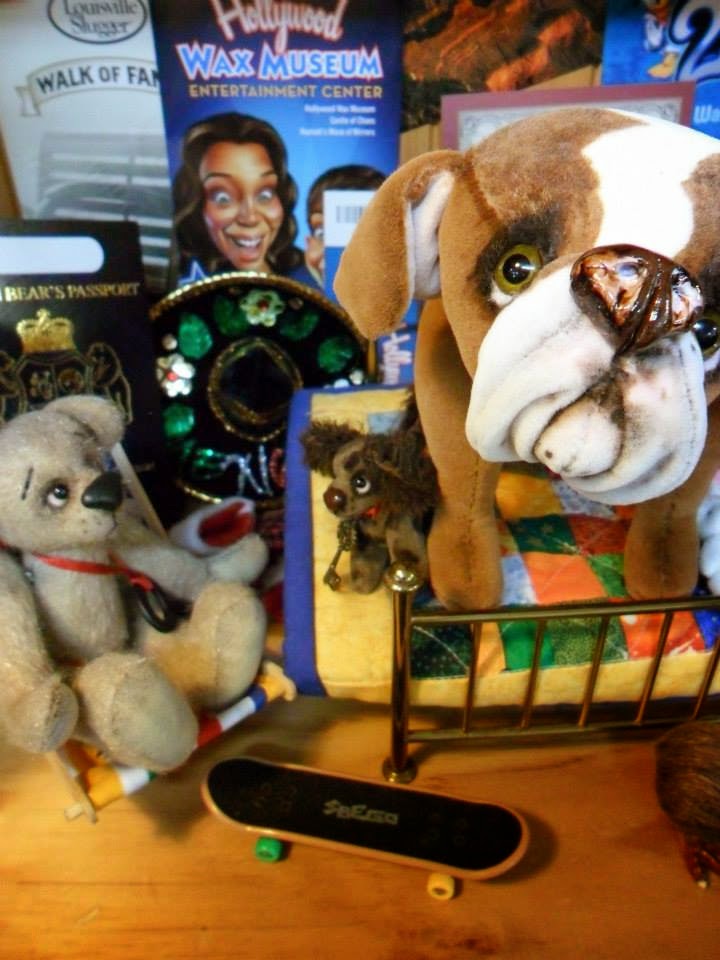 So here I am safe and sound back in Australia, I had a lovely time in China
but when I got home I found a big Australian bulldog and Puppet playing on my bed. 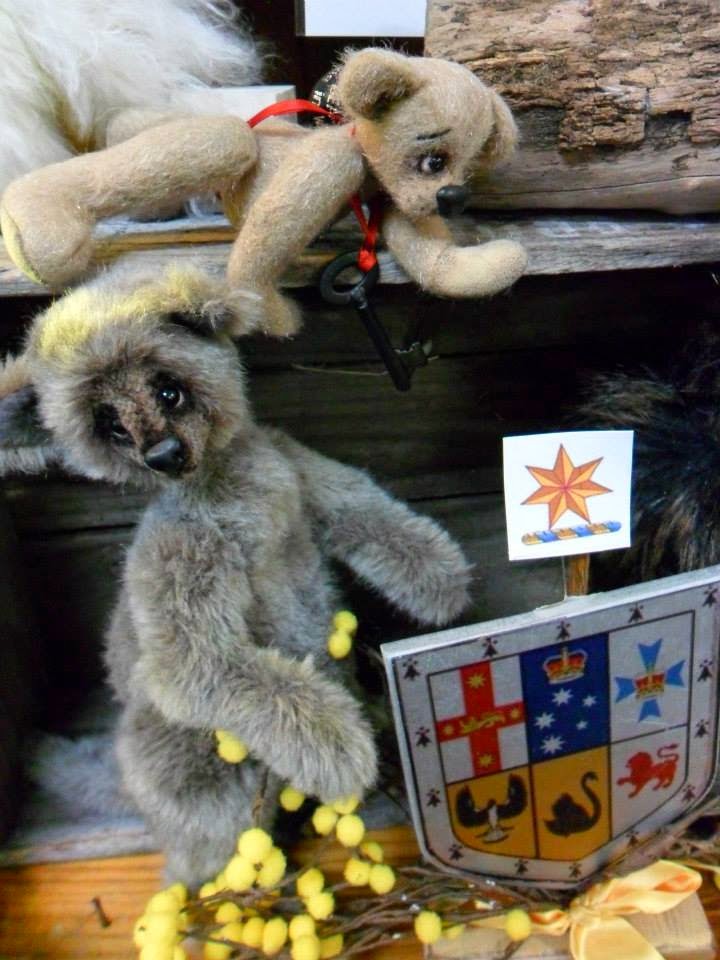 I also found a whole lot of new Australian Animals waiting to meet me,
I had heard about a little creature called a Quokka, so I asked "Are you a Quokka"?  He said no sorry Bucket I am a Kangaroo. 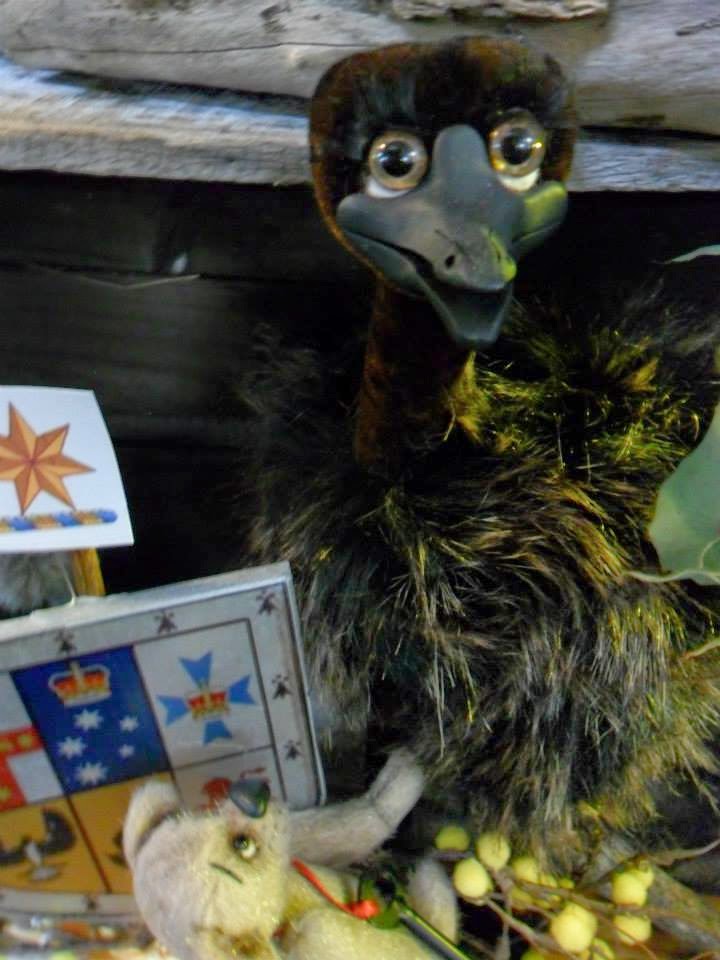 At first I thought this was a tree, whoops not a tree, so I said are you a Quokka,  she said no I am an Emu 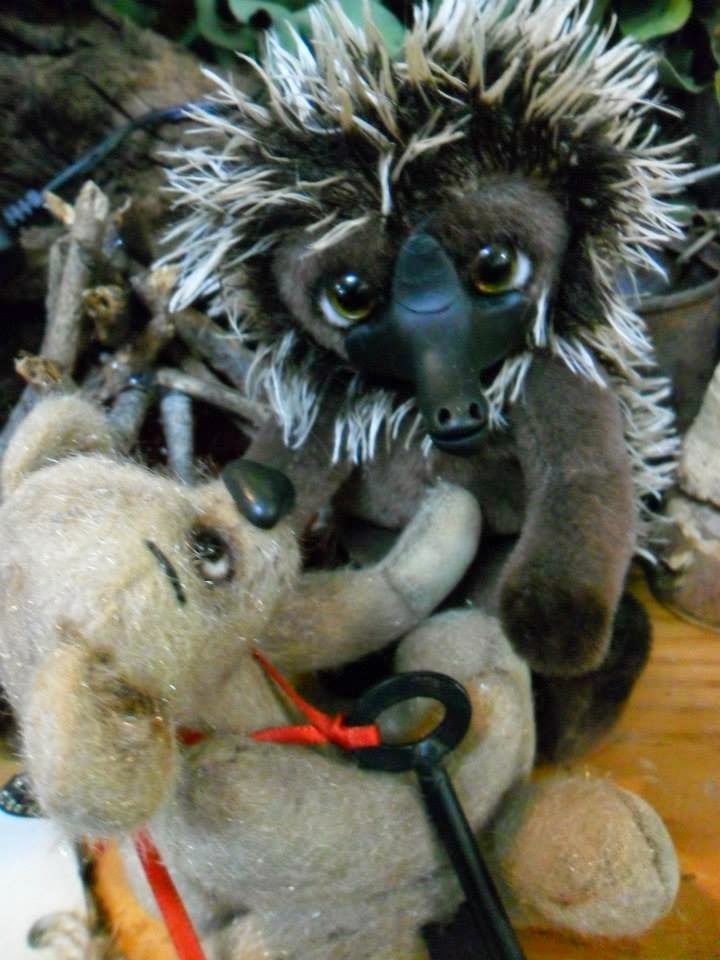 Then I met Spike, I asked are you a Quokka Spike?  He said no, I am an Echidna, also called a Spiney Ant eater. 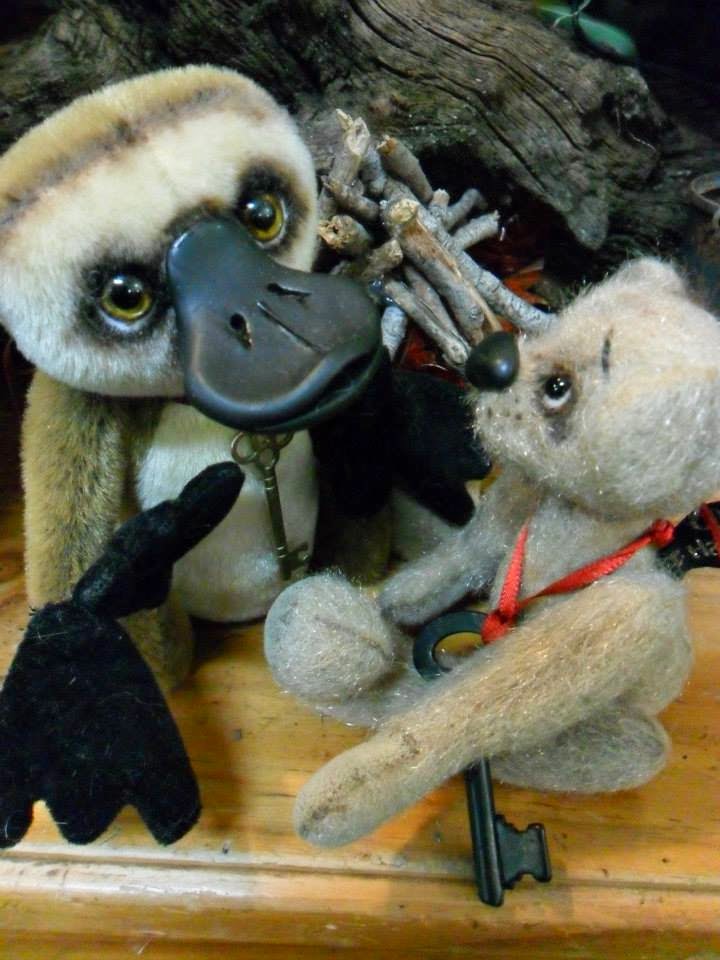 Are you a Duck or a Quokka I said to this guy,  he said No I am a platypus. 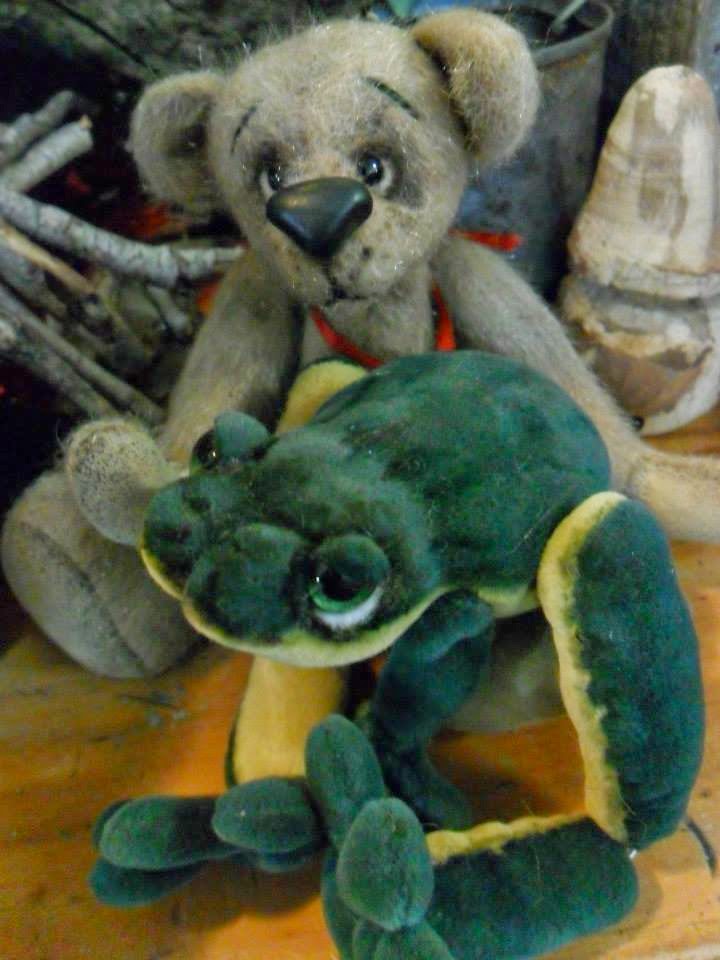 This fella jumped on my lap so I thought maybe he was a quokka but no he said he was a tree frog. 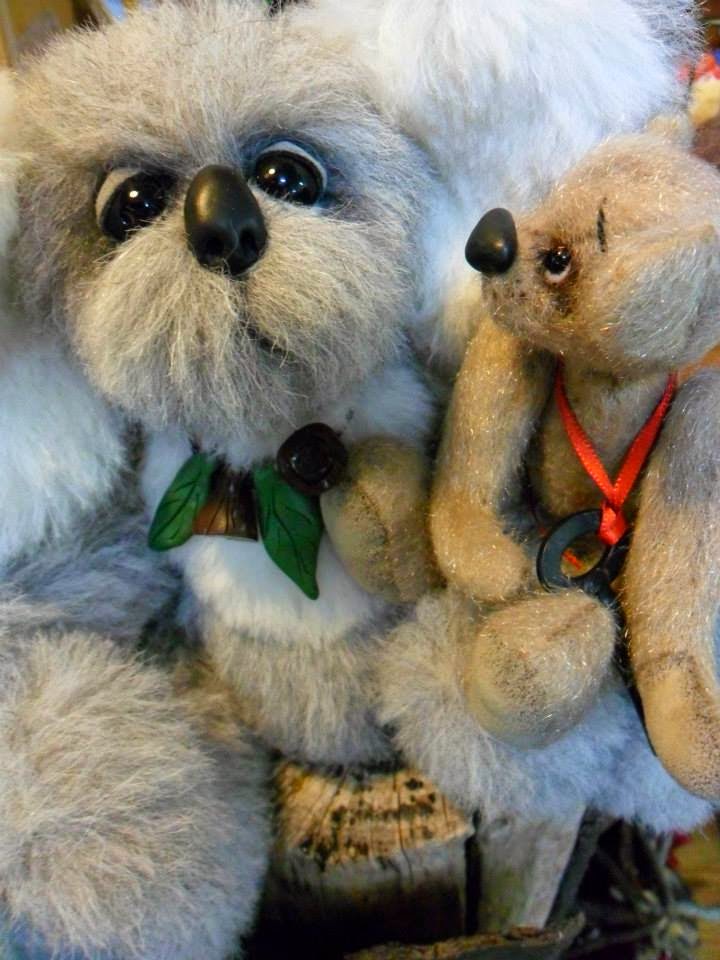 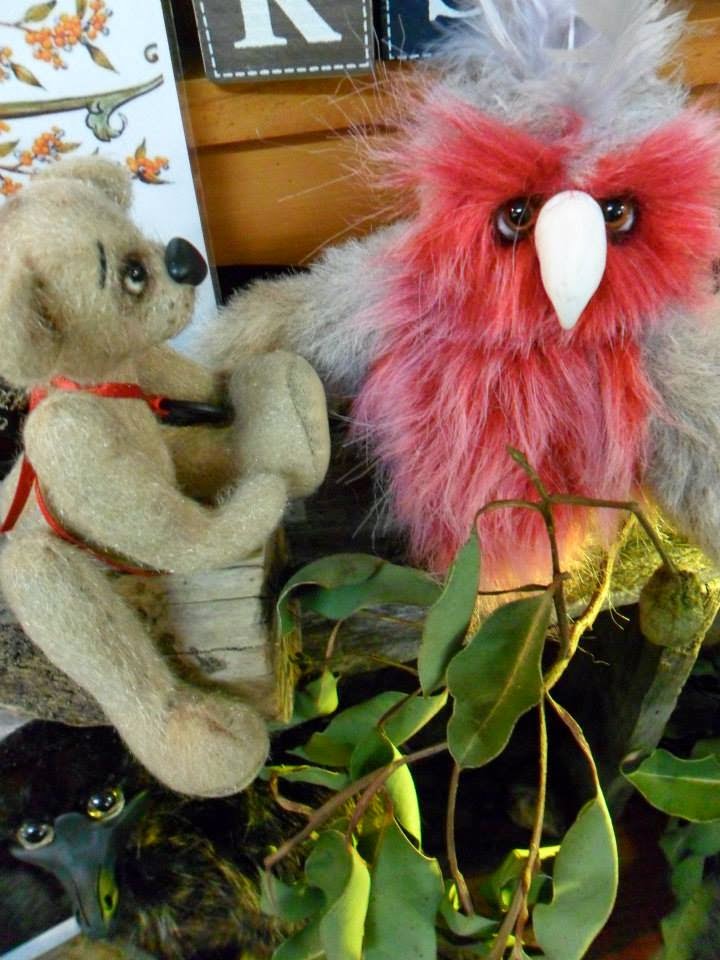 I climbed a gum tree and at the top I met this guy, I asked him are you a quokka,  he told me he was a pink and grey galah . 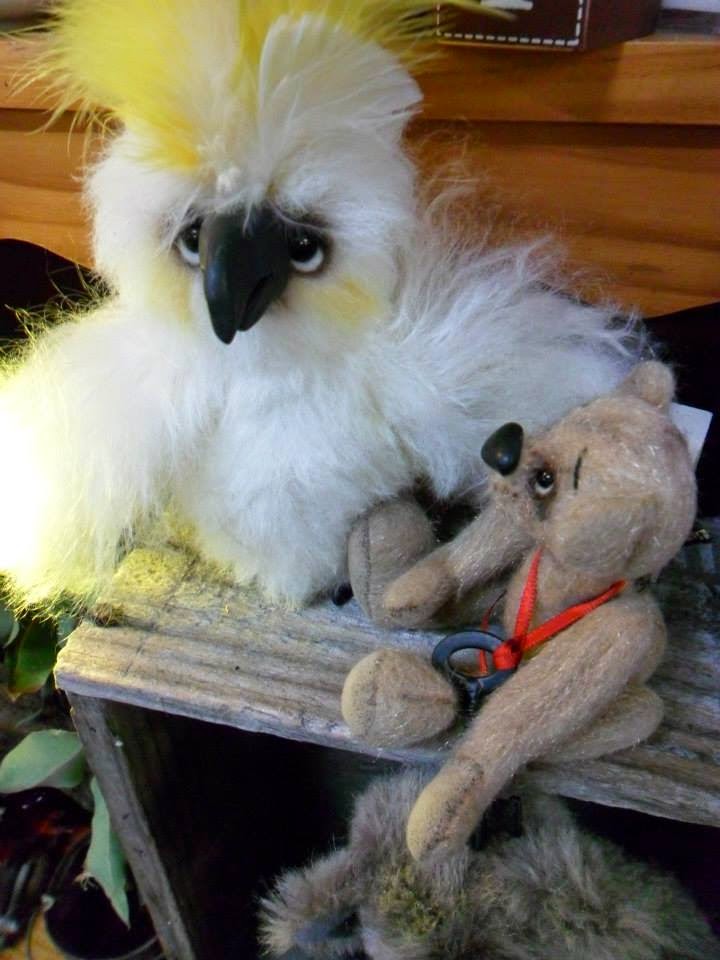 In the next tree I found this lovely lady, I asked her are you a quokka, she said that she was not, she is a Sulphur crested Cockatoo. 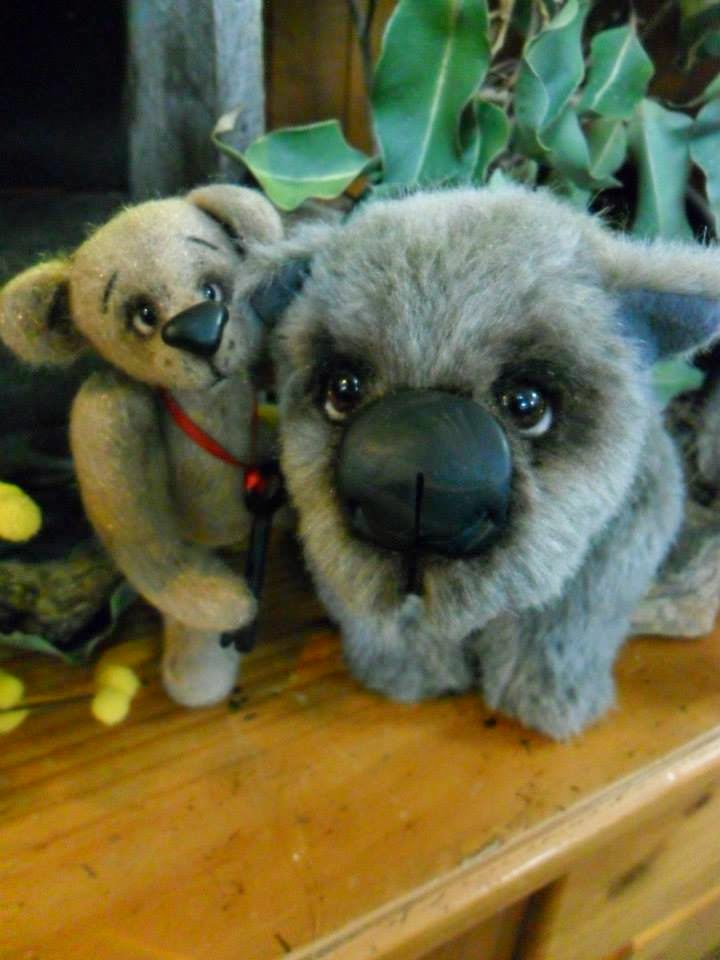 I just loved this fella, his name was Wobbles,  I asked him if he was a quokka but he told me he was actually a Wombat. 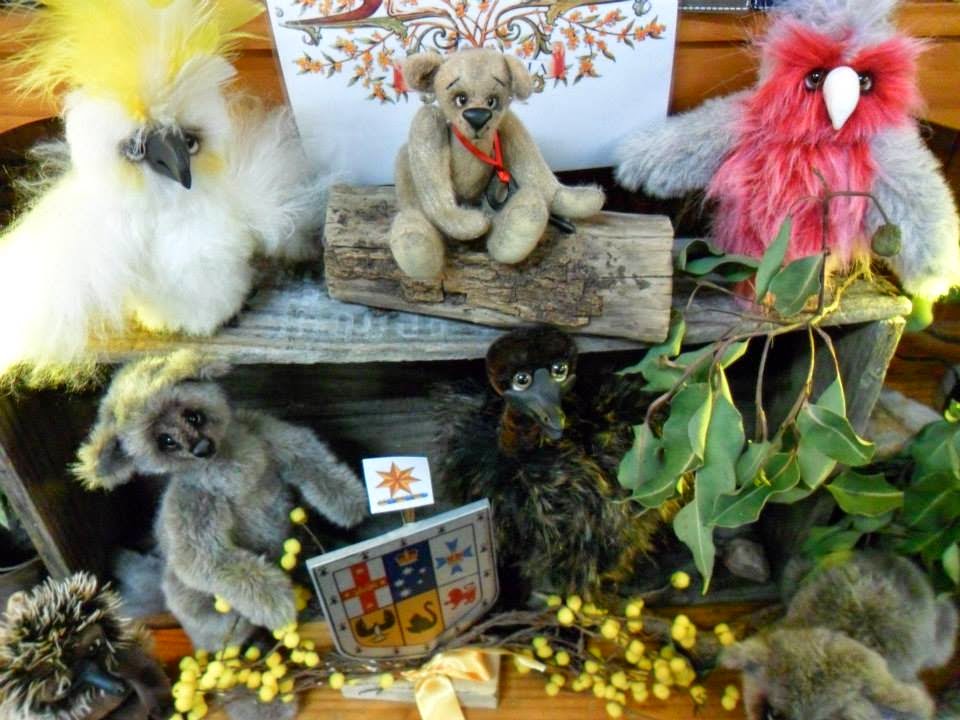 So I decided to sit and rest a while it has been a long day, maybe tomorrow I will find a quokka.
Posted by homeofthewhisperingforest at 22:31